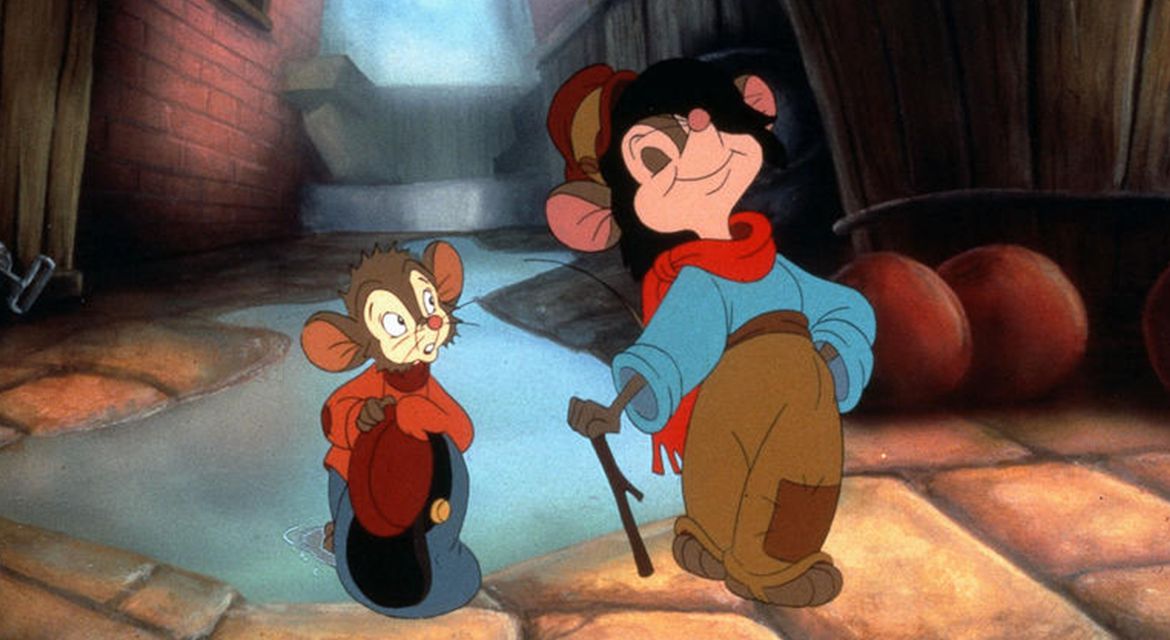 A young mouse named Fievel Mousekewitz and his family emigrate from Russia to the United States by boat after their home is destroyed by cats. During the trip, a fierce storm throws Fievel from the ship, and he loses contact with his family. Luckily, he manages to sail to New York in a bottle. There, an Irish mouse named Bridget, an Italian mouse named Tony, and a kindly cat named Tiger help Fievel search for his loved ones.

Directed by widely acclaimed animation veteran Don Bluth (The Secret of NIMH, The Land Before Time), and a huge success upon its release, An American Tail is an exquisitely animated film and a sweet, melancholy story of immigration.