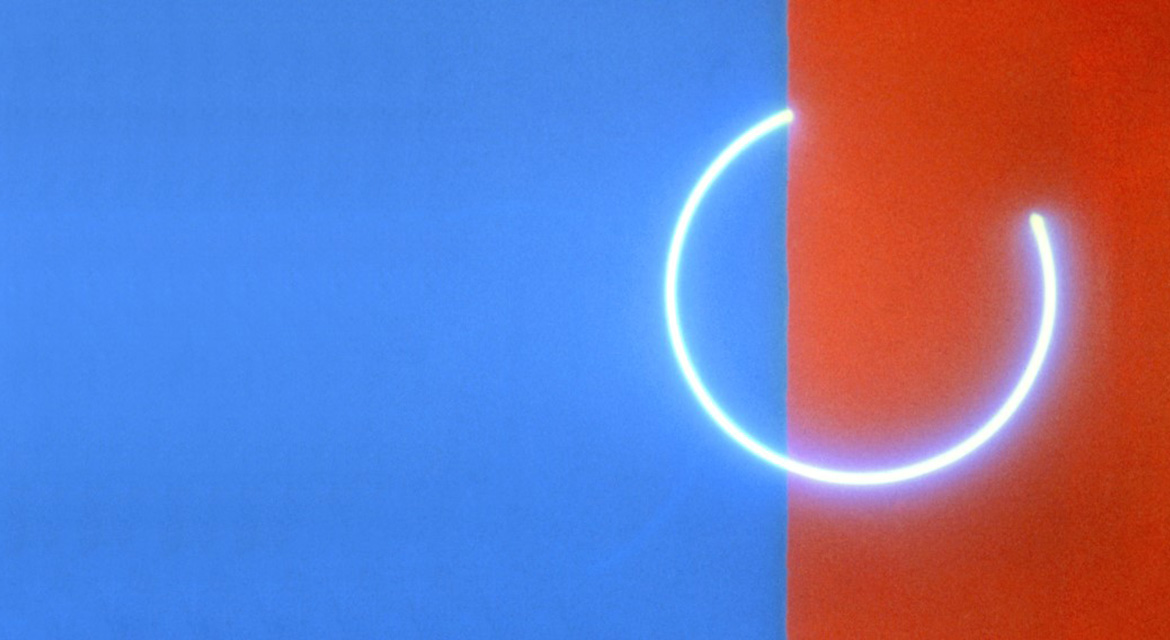 “Essentially a classicist in the Constructivist tradition, Antonakos has revealed the poetry of neon.”
— Irving Sandler, Art Historian, NY, 2009

Stephen Antonakos (1926–2013) called his work “real things in real spaces in the here and now.” There are no representations, allusions, symbols. Throughout his work, the forms, colors, and compositions are clear — but their experience in time and space is open and various. The crucial placements of his incomplete geometries allow the forms to be completed in the viewer’s imagination — to be sensed kinetically as well as visually. He considered that the viewer’s experience was what completed a work of art.

FORM COLOR SPACE is an ideal presentation of two important, related directions in Antonakos’s work from the mid-1970s: a Neon Wall and three strong drawings.

View the exhibition and enjoy a glass of wine at the opening reception on Thursday, February 24, from 6–8pm. At 7pm, art writer and editor David Ebony and Naomi S. Antonakos, Director of Stephen Antonakos Studio LLC, will discuss the exhibition in a conversation with Dr. Sozita Goudouna.

Stephen Antonakos was born in the small Greek village of Agios Nikolaos in 1926 and moved with his family to New York in 1930. In the late 1940s, after returning from the US Army, he established his first studio in Manhattan’s fur district. From the early 1960s until his death in 2013, he worked and lived in studios in SoHo.

Lola Siena Koutoudi is the curator of this exhibition.

David Ebony is currently a Contributing Editor of Art in America. He was formerly its Managing Editor. His monograph on Stephen Antonakos will be published by Rizzoli in the spring of 2023.