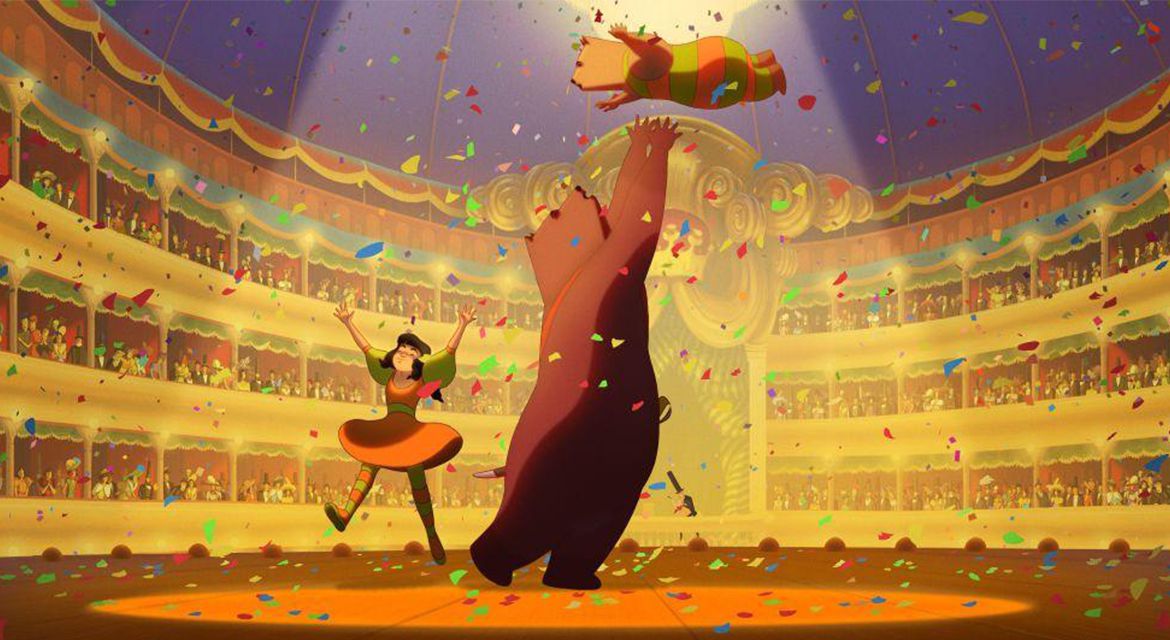 When Tonio, a bear prince, is kidnapped by hunters in the mountains of Sicily, his father—the king—sends his subjects down to the plains, inhabited by men, to search for his son and find food for the winter. Faced with the bears’ invasion, the men fight back but are unable to overcome their tenacity. Tonio is found, but decides to stay in the land of men where the bears must learn to coexist with humans.

Produced by the team behind The Red Turtle, adapted by award-winning screenwriter Thomas Bidegain (A Prophet), and voiced by such luminaries as Jean-Claude Carrière and Leïla Bekhti, The Bears’ Famous Invasion of Sicily “is classic animation at its best, clear and pleasing, calculated to charm children and adults alike,” says Variety.

Philippe Labaune Gallery is showcasing a solo exhibition of Lorenzo Mattotti featuring new and recent drawings and paintings. The Italian artist is considered a master in the world of illustration and storytelling. From his award-winning graphic novels, the Louis Vuitton Travel Book: Vietnam, his collaboration with Lou Reed to over thirty-five covers of The New Yorker magazine, Mattotti remains a force to be reckoned with.
Stanze Intime will be on view until February 26, 2022 at the Chelsea Gallery.