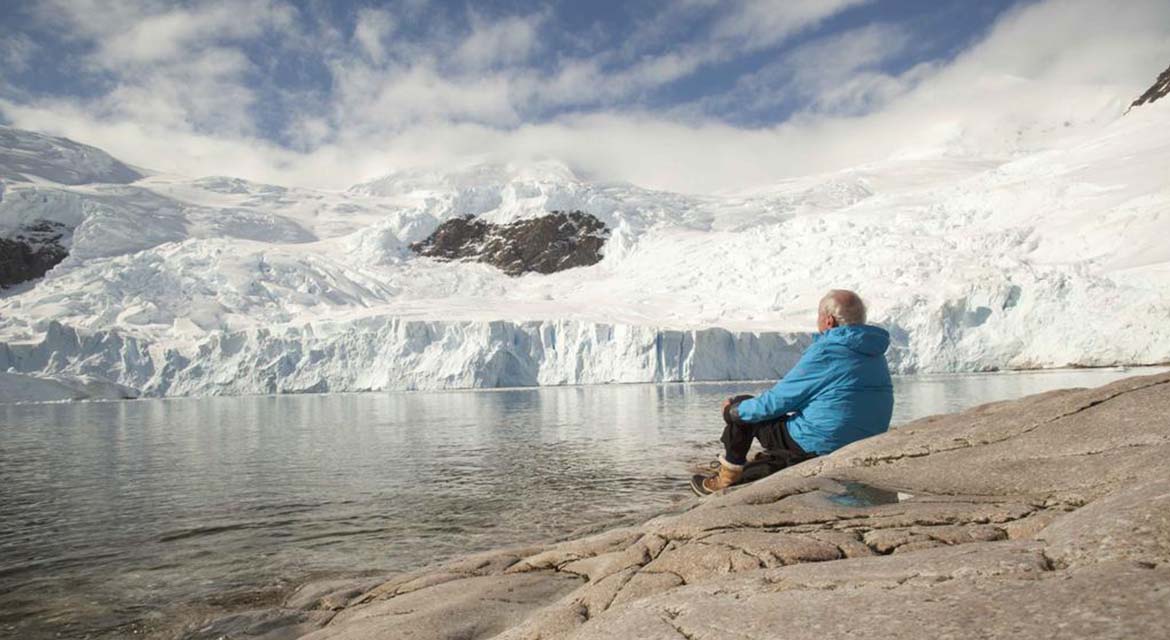 From Oscar®-winning director Luc Jacquet (March of the Penguins) comes a stirring portrait of French glaciologist, Claude Lorius, whose groundbreaking research in Antarctica was the first clear evidence of human impact on climate change. Lorius first joined an expedition to Antarctica in 1955 as a college student when the land was essentially untouched by scientific experiment. He would go on to participate in twenty-two expeditions during his long career, facing unforgiving conditions and brutal personal challenges. In an amazing discovery, he unearthed ice cores thousands of meters deep with tiny air bubbles suspended in the ice, which revealed the composition of the planet’s atmosphere for over a million years. Through remarkable archival footage and stunning drone cinematography, Ice and the Sky is an epic tale where science and adventure meet. The film is, in equal parts, a contemplative memoir and an ardent call to action.