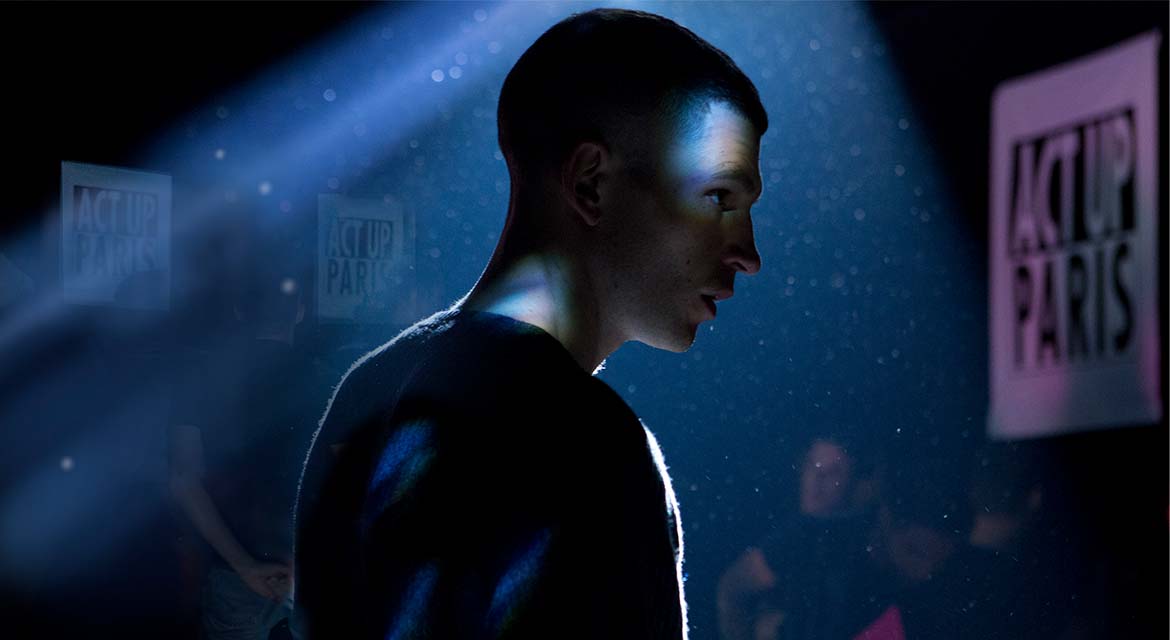 In the early 1990s, ACT UP-Paris activists advocated for those stricken with HIV/AIDS with literal life-or-death urgency. They target the pharmaceutical labs that are retaining potential cures, and demand direct actions, with the hope of saving their own lives as well as those of future generations. Amid rallies, fierce debates, and ecstatic dance parties, newcomer Nathan falls in love with Act Up’s radical leader. Following the rhythm of Arnaud Rebotini’s electronic soundtrack, BPM vibrates within each shot, exulting with a desire to live and fight.

“Robin Campillo’s film recounts the creation of ACT UP in the early 90s and focuses on the life and death of Sean, portrayed with poignant accuracy by Nahuel Pérez Biscayart. It’s the beginning of the end of indifference, and the film is filled with so much emotion.” – Jeanne Cherhal

“Rebotini’s dissonant, humming, house-inflected score – and the metronome-like heartbeats that underscore the action – are reminders that, even on their deathbed, a person has a pulse. In its dying gasps, the film grasps at life.” – Simran Hans, Observer