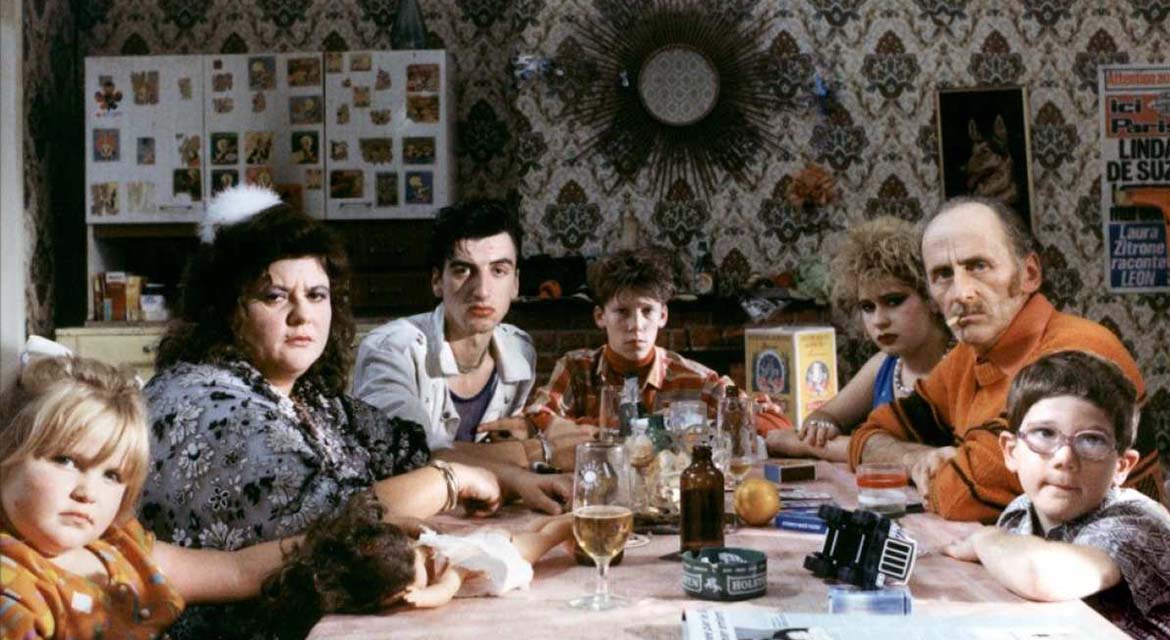 An outrageously wicked comedy about two families from award-winning filmmaker Étienne Chatiliez, this fast-paced satire became the most popular French comedy of the 1980s. When the radiantly bourgeois Le Quesnoys, with their immaculate children and perfect manners, are thrown together with the grubby, disreputable Groseilles, they discover that their babies were actually switched at birth twelve years prior!

“This is my family’s favorite film, one that I must have seen at least 30 times. I was 10 when it first came out, and I’ve never forgotten the unshakable image of the Groseille and Le Quesnoy families. The film’s signature song, « Jésus Reviens, » has stuck with me too, so much so that I love to sing it when the opportunity arises!” – Jeanne Cherhal