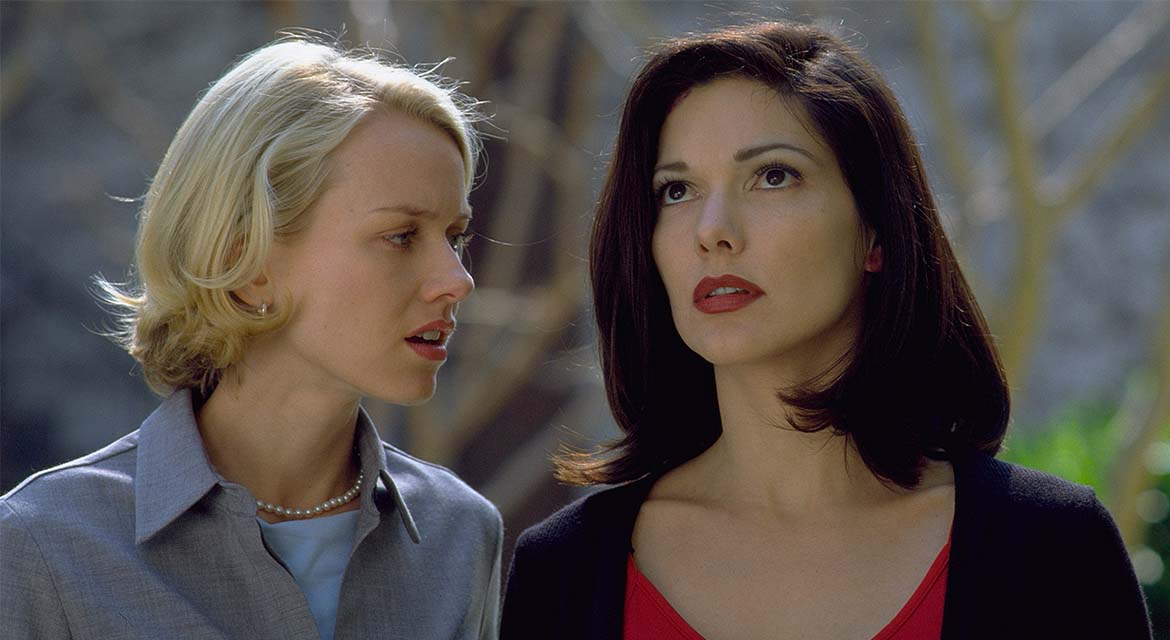 Blonde Betty Elms has only just arrived in Hollywood to become a movie star when she meets an enigmatic brunette with amnesia. As the two set off to solve the second woman’s identity, filmmaker Adam Kesher runs into ominous trouble while casting his latest project. David Lynch’s seductive and scary vision of Los Angeles’s dream factory is a true masterpiece, a tale of love, jealousy, and revenge like no other.

“If I’m in love with this movie, it’s because I’ve never been able to unlock its mysteries. For a long time I watched it every year, thinking I was getting a little bit closer to the truth each time. I’ve finally realized that the truth doesn’t even exist for David Lynch —which is for the better!” – Jeanne Cherhal

“It is an explosively sexy love story, rocket-fuelled with vanity and cruelty.” – Peter Bradshaw, The Guardian