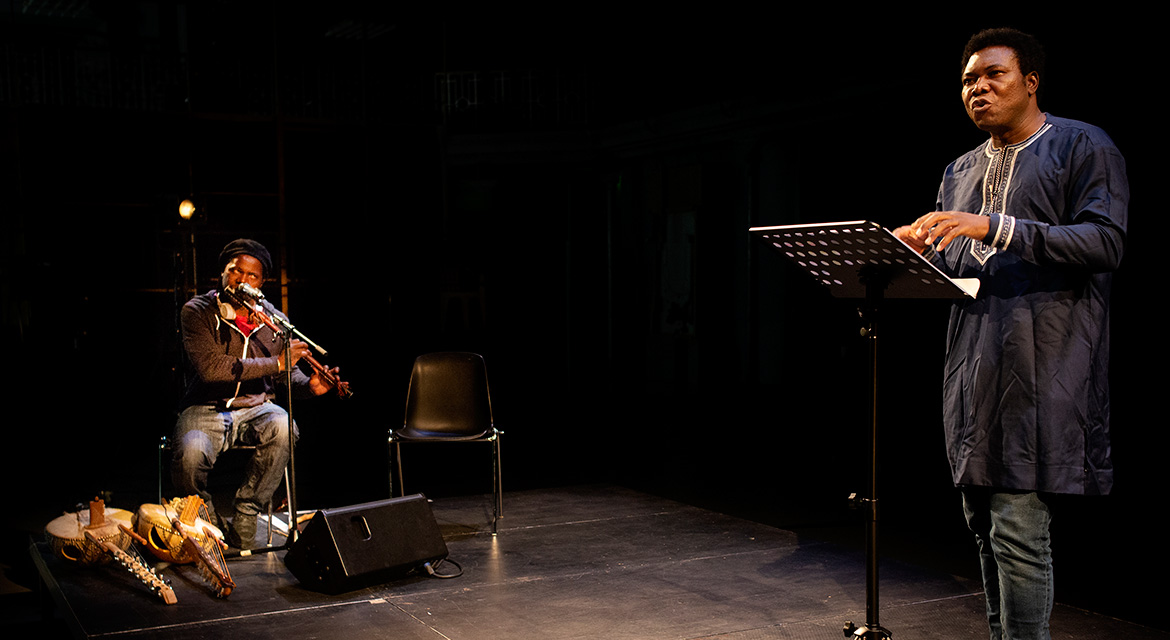 Based on the Senegalese academic, philosopher and poet Felwine Sarr, this lyrical text is captivatingly performed by Burkinabe actor Étienne Minoungou as an inspiring and imaginative storyteller speaking to his African brothers.

Infused with the cultural and historical experiences of the continent Traces is a way to bring Felwine Sarr’s philosophy to a younger African generation, emboldening them to build a new utopia. With uplifting accompaniment by musician Simon Winsé on the kora, the speech is an invitation to sow the seeds for a better future.

60 minutes
In French with English supertitles 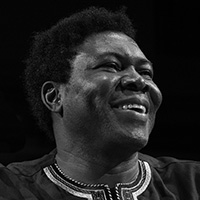 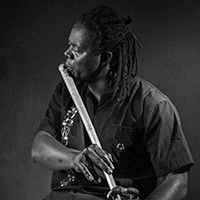 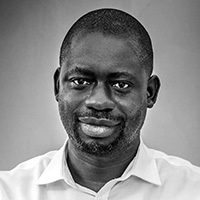 Felwine Sarr is a Senegalese academic, writer, and musician.

The presentation of Traces – Speech to African Nations by Felwine Sarr and Étienne Minoungou is possible with the support of FACE Contemporary Theater, a program of Villa Albertine and FACE Foundation, in partnership with the French Embassy in the United States, with support from The Ford Foundation, Institut français, the French Ministry of Culture, and private donors.