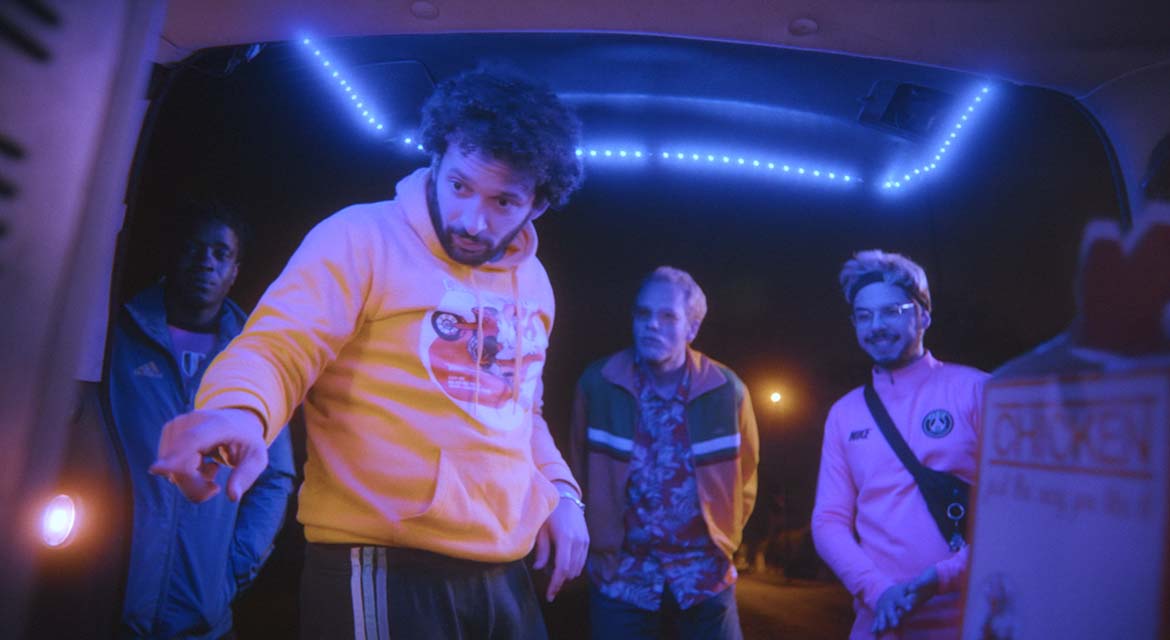 Leslie, a disillusioned youth from the Île-de-France region around Paris, drags his best friend Renard into a messy scheme at the other end of the region. On a construction site of the Grand Paris future metro line, they discover a mysterious artifact. Despite being uncertain of the objects use or importance, they’re convinced it could be worth a lot of money. The pair come up with a plan to sell it. During their journey to find a buyer, the Parisian suburbs become the scene of strange phenomena.

Young delinquent Amin uses his magnificent voice to warn drug dealing friends of the arrival of the police. Isabelle, director at the Paris Opera, sees Amin as a future soloist. Isabelle offers him an artistic future far from his crime ridden ghetto. Amin accepts Isabelle’s offer to integrate him into the elitist environment. With the first performance approaching, will Amin conform to his new environment?