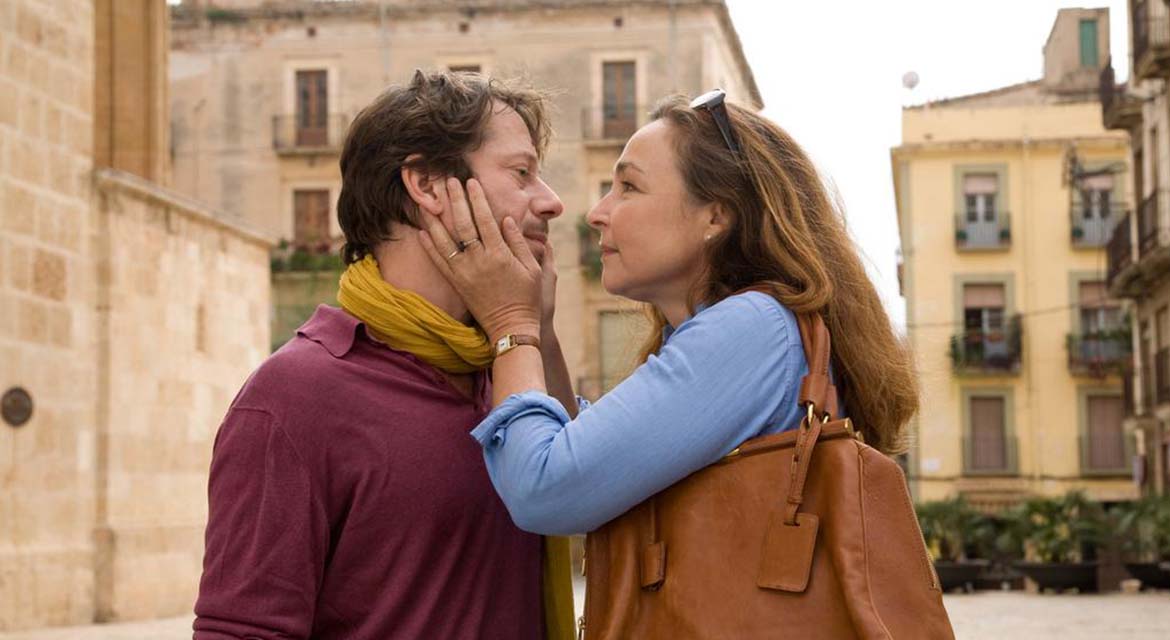 Happy End is an apocalyptic adventure written and directed by Arnaud and Jean-Marie Larrieu, based on the 1991 novel Les derniers jours du monde by Dominique Noguez.

Mathieu Amalric stars as Robinson, a man embarking on a romantic odyssey to find his missing lover as he navigates all manner of incredible phenomena as the world is coming to an end.

“The film is a proposal of escape in a narrative more metaphysical and sensory than romantic.” — Le Monde

“This end of the world increases desire tenfold. This is the strong idea of the film, successful because it is very exciting. (…) Suffice to say that the road movie is full of adventures, where fantasy does not exclude deep emotion.” — Télérama