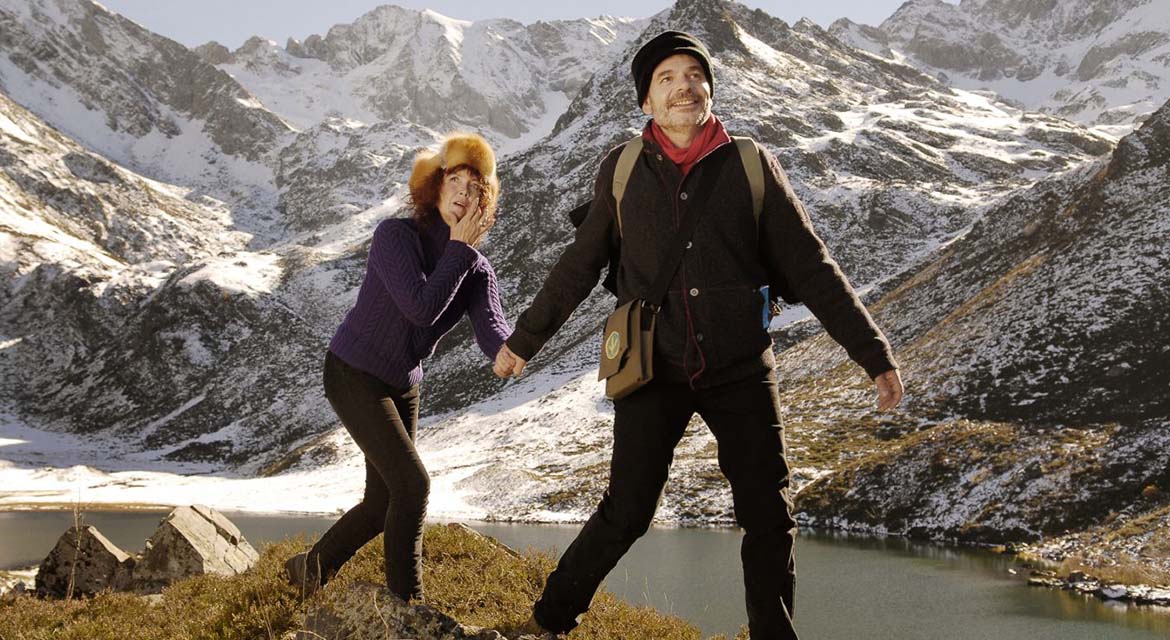 Aurore and Alexandre, a famous acting couple, arrive in the middle of the night to a remote valley of the Pyrenees. Using pseudonyms, their plan is to remain in utter seclusion so Aurore, who is prone to fits of nymphomania, can keep her temptations at bay. In this outlandish comedy, the couple discover they are not much for roughing it, and even worse at disguising themselves.

“The freest, craziest and, arguably, most beautiful film of the Larrieu brothers.” – Première