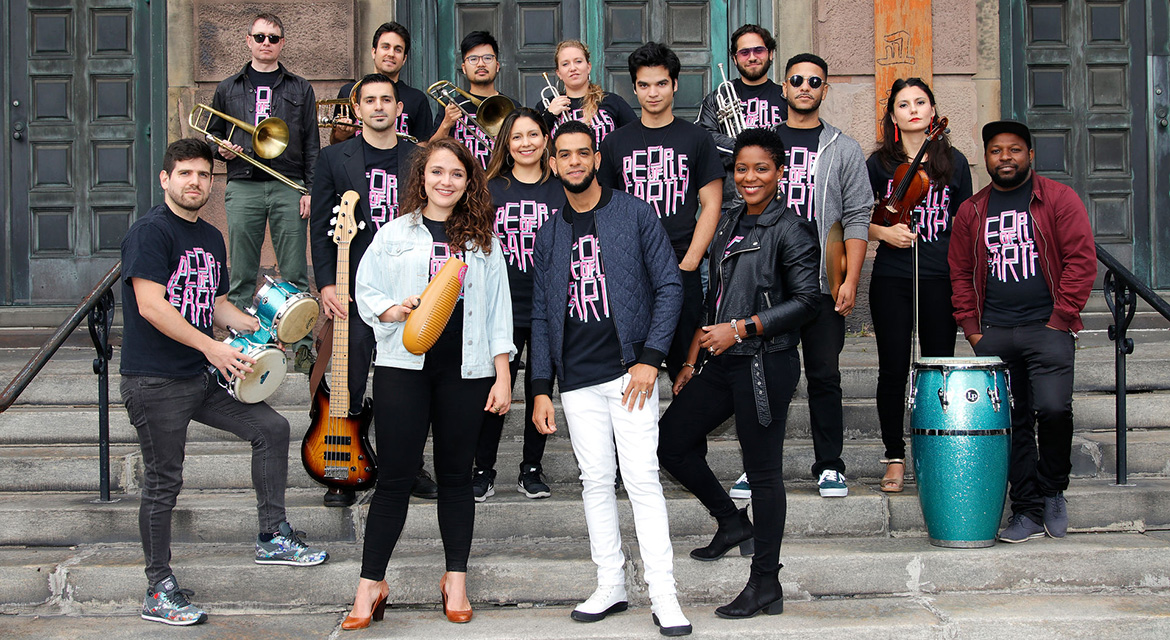 
Bring your dancing shoes for a celebration of music and culture with powerhouse band People of Earth in a colorful and joyful exploration of world music!

Performing a mix of tunes from the Americas and the Caribbean, these artists will take kids and adults alike on a musical journey across multiple cultures. The fun interactive concert teaches kids how different backgrounds can make music truly magical and the universal language of the world.

People of Earth (PoE) is a dynamic powerhouse ensemble based in New York celebrating the music of the Caribbean and the Americans.