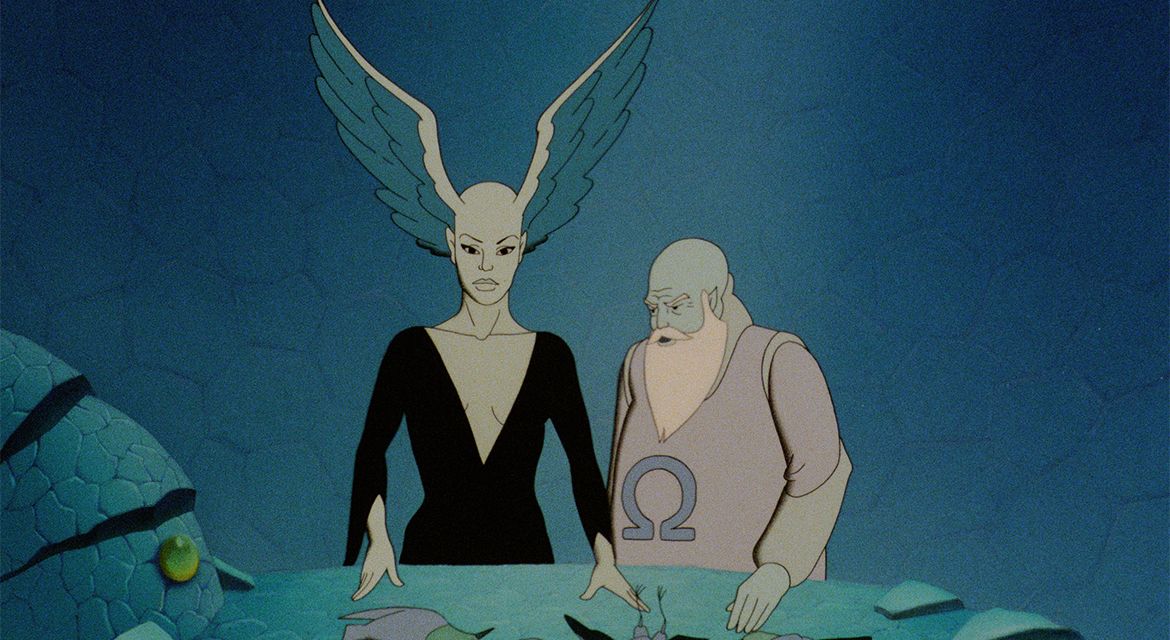 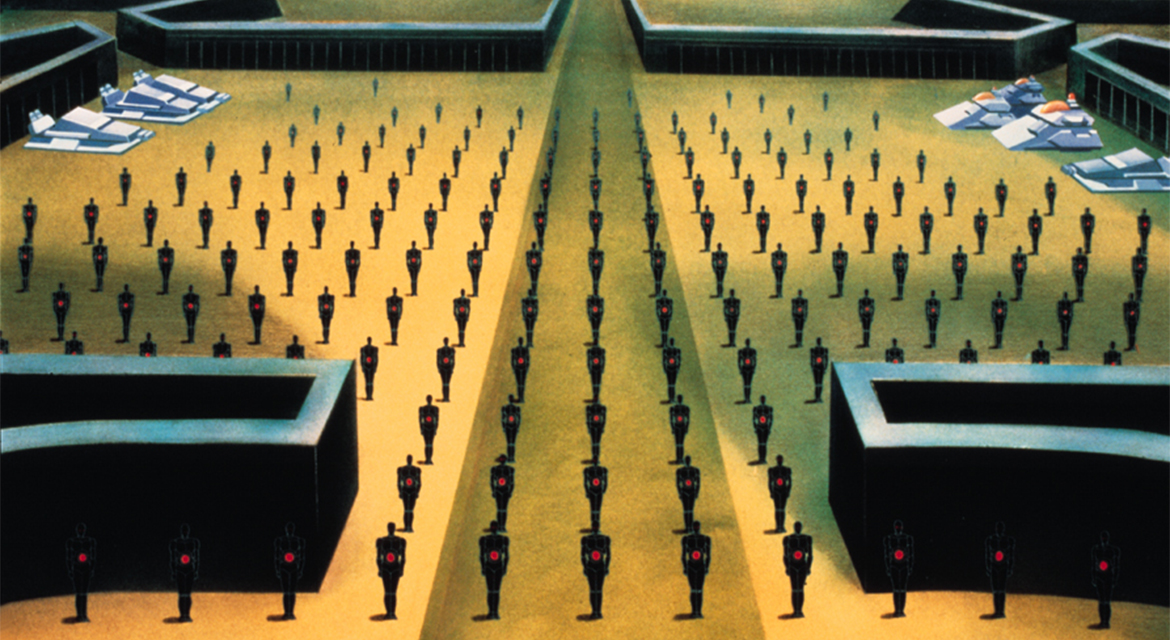 Animation First is pleased to present the U.S. premiere of René Laloux’s Gandahar, Director’s Cut. Originally released in 1987, the sci-fi film was edited of its sexual elements and of original score, stateside. This newly restored version is how the director intended the film to be seen by U.S. audiences.

The film follows the inhabitants of Gandahar, which are ruled by a Council of Women led by Queen Ambisextra. They live peacefully, until one day when the mirror birds report that there are villages whose inhabitants have turned to stone. For a chance at survival, the Gandaharians will form an alliance with the Deformed against their common enemy, the Men of Metal.

The film will be preceded by an episode of Open Bar directed by Frédérick Chaillou, a series based on the eponymous graphic novels by Fabcaro.

Join at the Closing Night Party from 7:30–8:30pm in FIAF Tinker Auditorium.