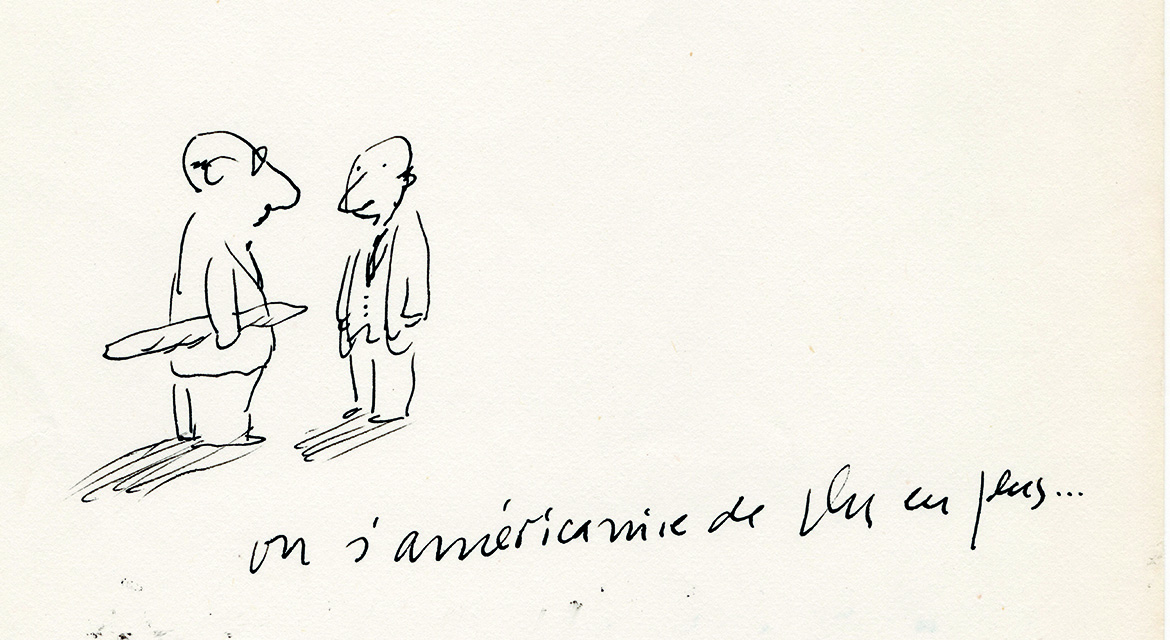 FIAF is thrilled to present, in partnership with the Société de Lecture in Geneva, Switzerland, Signature Sempé, a selection of Jean-Jacques Sempé’s most iconic works in the FIAF Gallery from January 27–April 7, 2023.

The exhibition will feature Sempé’s original drawings from his inaugural trip to New York, offering a unique glimpse into his first impressions of a city he would grow to admire. A large selection of Sempé’s original New Yorker covers will be included in the exhibition. In conjunction with FIAF’s 2023 Animation First Festival, the exhibition will include quintessential illustrations from Le Petit Nicolas, the beloved French children’s book series Sempé created with René Goscinny.

Join us for the exhibition’s opening on Friday, January 27, from 6–7pm in the FIAF Gallery. Afterwards, attend the opening night of Animation First featuring the NY premiere of Little Nicholas – Happy as can be at 7pm in FIAF Florence Gould Hall. See details below.

Signature Sempé will extend onto NYC streets! The beloved cartoonist’s depictions of the city and its people will be showcased on panels as part of a free outdoor exhibition with JCDecaux. 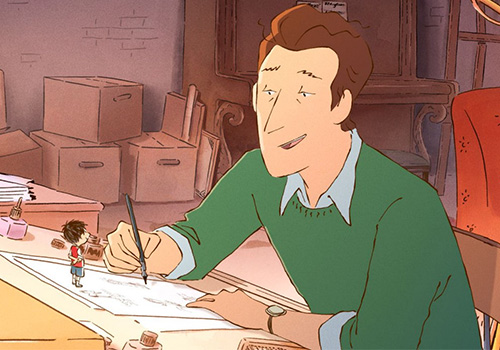 Little Nicholas - Happy as can be 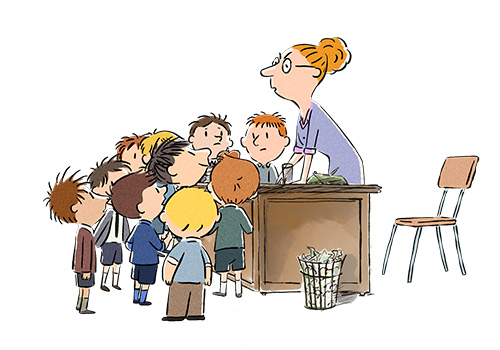 Little Nicholas – Happy as can be filmmakers Amandine Fredon and Benjamin Massoubre, gallerist Martine Gossieaux, and Françoise Mouly, the artistic director of The New Yorker examine the allure and longevity of Sempé and Le Petit Nicolas. 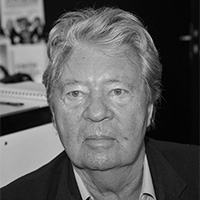 Jean-Jacques Sempé was born in 1932 at Pessac near Bordeaux, in south-west France. After publishing his first cartoon in 1951, he slowly grew in popularity, eventually becoming one of France’s most celebrated artists. Best known in France for his illustrations of the beloved children’s character, Le Petit Nicolas, the English-speaking world came to appreciate Sempé with his iconic New Yorker magazine covers.

The exhibition is made possible by the generous support of The Jan Michalski Foundation.