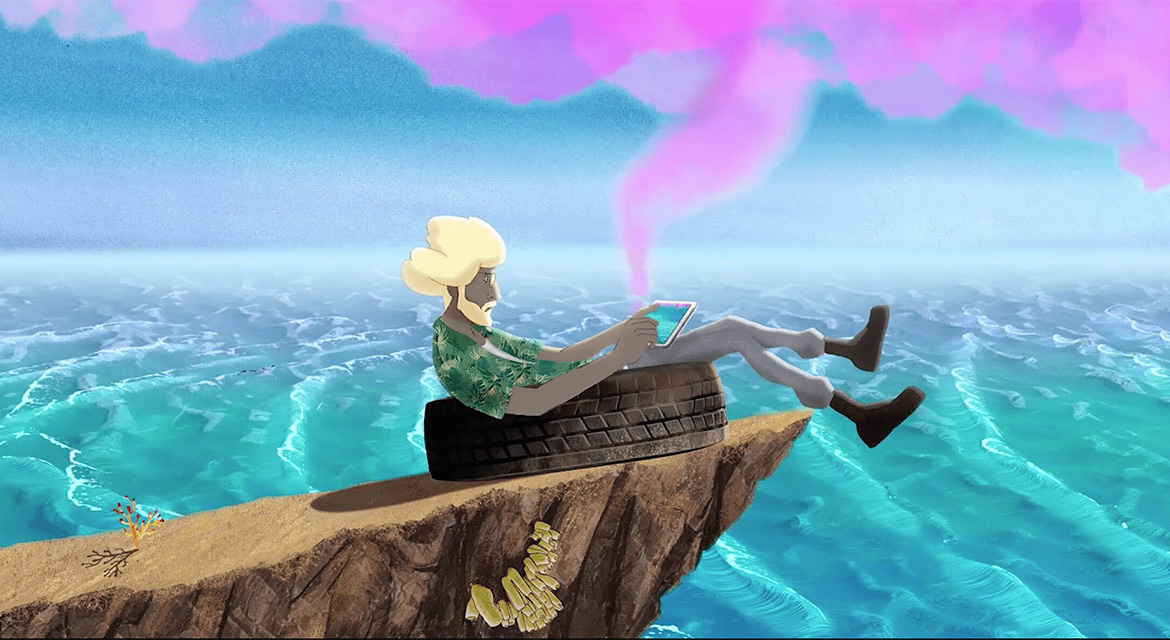 Followed by a conversation with Anca Damian at 3:45pm in the FIAF Skyroom

One of the most remarkable artists working in animation today, FIAF’s Guest of Honor, Anca Damian, is back with an “upside-down” version of Robinson Crusoe, with an infusion of magic from The Little Prince and humor from Monty Python.

In The Island, Robinson chooses his own exile on an island and Friday is the only survivor of a migrant boat that sunk in the Mediterranean. The two will share a desire to find freedom in a surreal world populated by outcasts and mermaids.

Set to a score composed by the Balanescu Quartet, The Island is a visually rich and layered film, both a musical comedy and a surrealist tale where ecological concerns collide with the migrant crisis in a comic observation of a world that doesn’t quite “go round.”

“This year, the brilliant auteur (Anca Damian) is back with a new movie that is ready to shake up the status quo, deliver eye-popping visuals and offer some clever insights about the human condition in the modern world.” — Animation Magazine 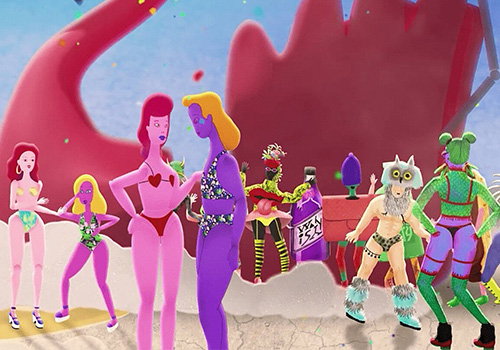 A Conversation with Anca Damian

Following the screening, join us in the FIAF Skyroom as award-winning screenwriter and filmmaker Anca Damian discusses her new film, The Island, as well as current projects and career highlights. 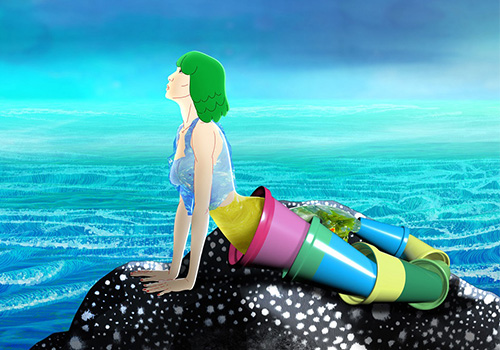 In Search of Paradise

Throughout the festival, experience some of the major themes of Anca Damian’s film The Island, such as migration, ecology, alienation, and tech addiction, in its augmented reality companion, In Search of Paradise. 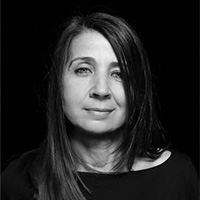 Anca Damian is a Romanian film director, writer, and producer. Known for her inventive mixing of animation techniques, and creative story-telling, Damian has produced an expansive body of work without ever shying away from controversial narratives.