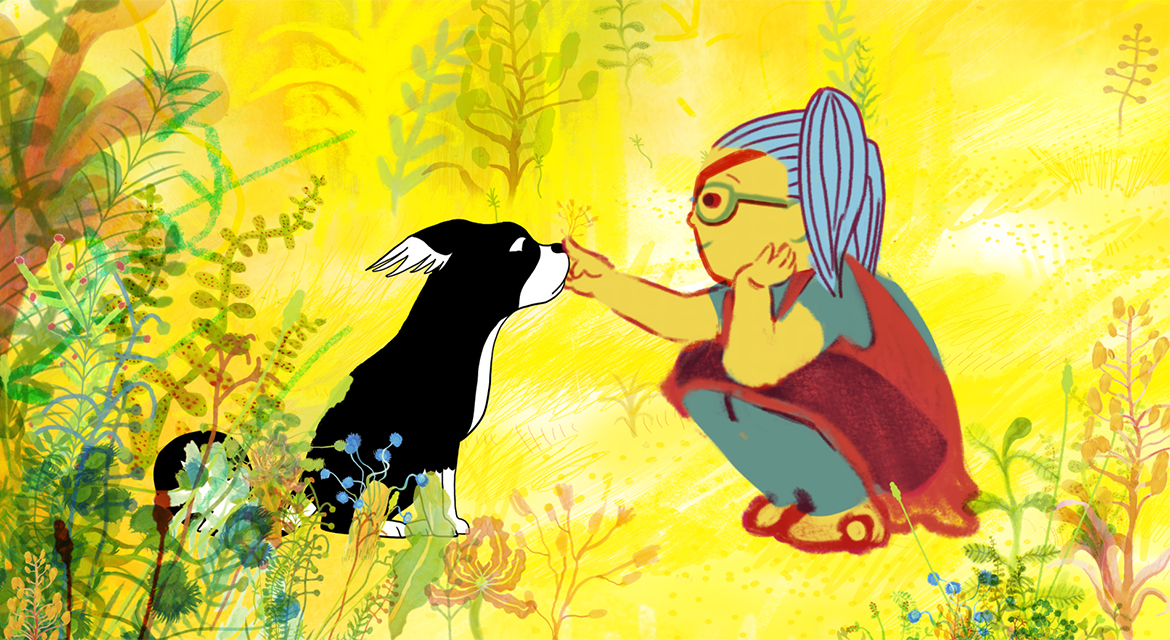 The film celebrates the exceptional work of award-winning filmmaker, Anca Damian, and students will have an opportunity to participate in a Q&A session with Anca Damian after the screening.

After an accident, Marona, a small Labrador mix with a big heart, reflects on all the homes and humans that have welcomed her throughout her life. Brilliantly told through vibrant colors and dazzling animation, this charming tale follows Marona’s adventures as she meets and is adopted by an array of fascinating characters including a circus acrobat and a sweet young girl with an eye patch.

Director Anca Damian (Crulic – The Path to Beyond, The Island) breathes Marona’s world into being, using an inventive mix of cut outs, 2D, and 3D animation techniques to impart the wisdom of an average dog with an extraordinary life.

A New York Times Critic’s Pick: “Anca Damian has a playful drawing style, and her kinetic frames are always creating something new for the audience to enjoy.”