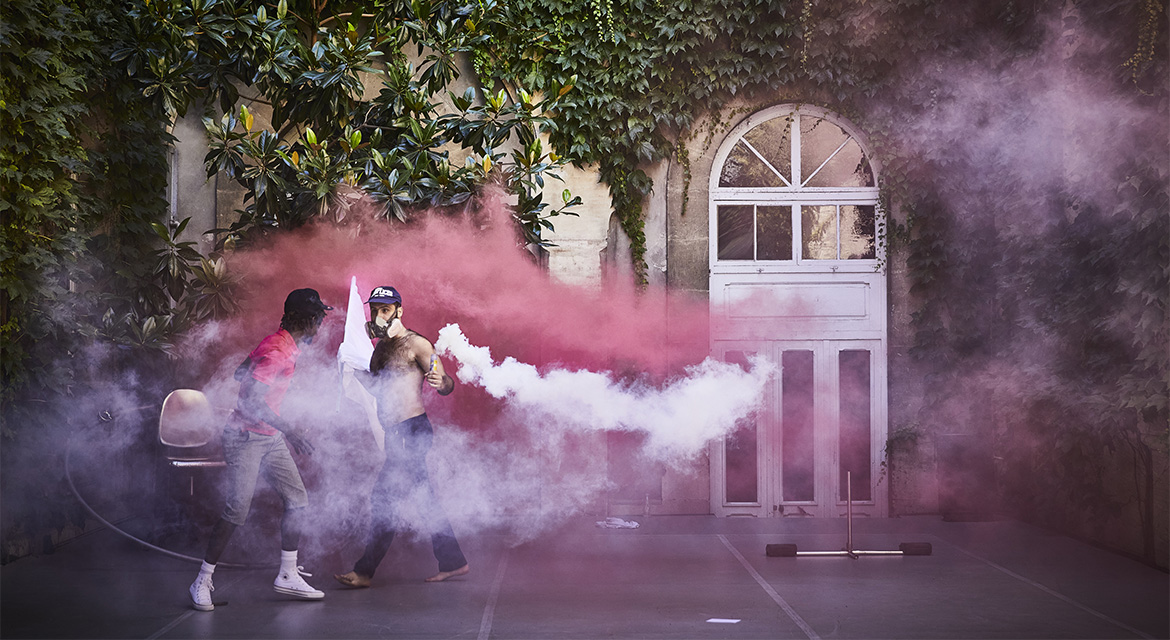 Plunging into the heart of the tragic case that shook America, these artists have come together to confront police violence in a theatrical work of poetic fiction.

In French with English supertitles 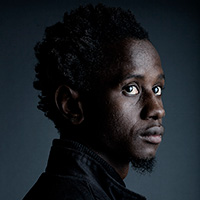 Born in Guinea, Hakim Bah is a director and author of several award-winning plays, including Quartett, Théâtre Ouvert and Passages. Bah’s texts are read, directed and performed in France, Belgium, Guinea and Burkina Faso. Bah is co-director of the Paupières Mobiles company in Paris, and is the artistic director of the festival Univers des Mots in Guinea.

Under various incarnations and pseudonyms, Arthur B. Gillette is a musician, author, composer, and sound designer for theater, cinema, dance and radio. Gillette is co-founder of the collectives Moriarty, Astereotypy and Mick Strauss, and recognized for his contributions to indie film scores (Los Conductos, and Gabriel and the Mountain).

Born in Argentina, and trained at the National Center for Circus Arts, Juan Ignacio Tula is a dancer and acrobat who is part of the company MPTA Mathurin Bolze. Tula has created Instante (2018), a solo performance piece commissioned by festival UtoPiste, as well as Tiempo (2021), in collaboration with Justine Berthillot. Currently, Tula is working on a counterpart to Instante with Marcia Marinoni entitled Lontano.”

Trained in acting at the Ecole Le Magasin with Claude Matthieu, Bijeljac has been collaborating with the company La Rumeur for more than 10 years. In 2014, Bijeljac joined DEUG DOEN GROUP and since has been collaborating with actress Aurélie Van Den Daele. Currently, Bijeljac is working with director Fatima Soualhia-Manet on a theatrical piece inspired by Jane Evelyn Atwood’s Too Much Time, Women in Prison. She also co-founded the company DISORDERS and is creating her first project as a director.

Smiriglia has an eclectic background in light design, video and photography. He’s active in the world of dance (collaboration with the Emio Greco|PC company, and Asaf Bachrach), theater (lighting and video creations by Marcus Borja, Hakim Bah, Dan Jemmett and Emilie Rault), and cinema (assistant director of the film Li Chiamavano Ribelli, director of photography of Note di Notte).