FIAF CinéSalon celebrates award-winning French screen and stage actress Isabelle Huppert with screenings of ten notable films from her career on Tuesdays, from March 5 to April 23.

Among the greatest actresses of her generation, Isabelle Huppert has starred in more than 120 films, garnering a record 16 César nominations and an Academy Award for Best Actress. Throughout her career, Huppert has audaciously pursued morally complex roles, fearlessly embracing the fragility and ferocity of human nature.

From 1977’s The Lacemaker, which launched Huppert’s international reputation, to 2017’s Mrs. Hyde, the series brings together ten key films, marking highlights from Huppert’s career. It showcases partnerships with long-time collaborators such as Claude Chabrol (The Ceremony) and Michael Haneke (The Piano Teacher), as well as younger filmmakers such as Mia Hansen-Løve (Things to Come) and Ursula Meier (Home).

Directors Mia Hansen-Løve and Claire Denis will participate in Q&As after the 7:30pm screenings of the films Things to Come and White Material on March 5 and April 2, respectively. Each screening will be followed by a wine & beer reception in the spirit of the French ciné-clubs and literary salons.

In conjunction with this series, on Sunday, March 24, FIAF will present A Special Evening with Isabelle Huppert, a conversation with the actress and journalist Adam Gopnik at 6pm, preceded by a screening at 5pm of I Love Isabelle Huppert (Stéphane Bergouhnioux and Jean-Marie Nizan, 2017).

Films will have English subtitles. 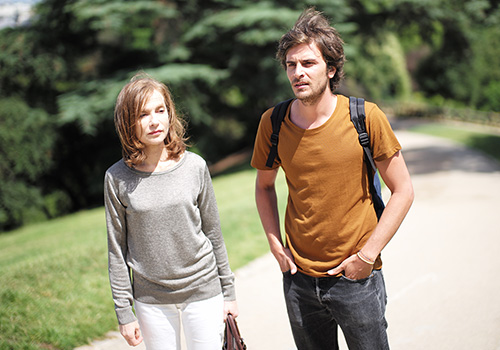 Isabelle Huppert stars in this luminous portrait of a woman facing difficult changes in late middle-age. Directed by Mia Hansen-Løve, the film is an energizing reminder of the fortitude found in the life of the mind, powerfully channeled through Huppert’s intelligence, vitality, and unexpected flashes of humor. 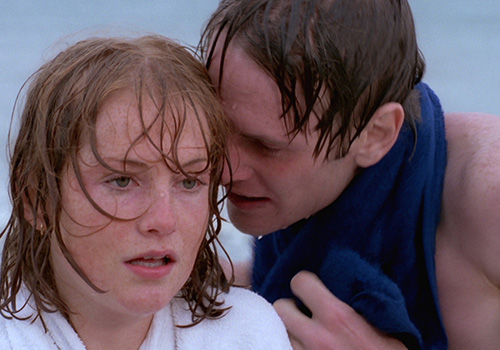 Isabelle Huppert made her international breakthrough with this sensitive performance in the role of an inexperienced hairdresser’s assistant who falls in love with a bourgeois literature student. 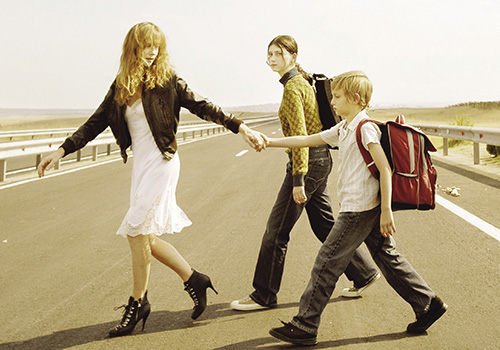 Ursula Meier’s charmingly offbeat debut features an eccentric but happy family whose life is turned upside down when a busy highway running straight through its front yard opens, cutting them off from the world. Isabelle Huppert stars in the role of the mother. 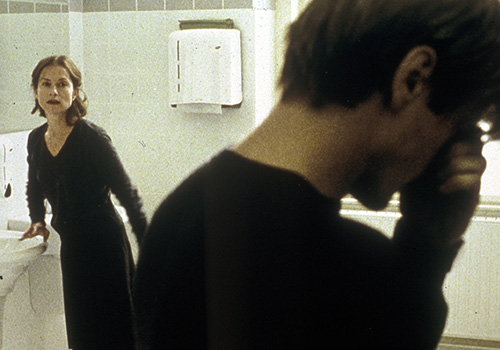 Based on the novel by Nobel prize winner Elfriede Jelinek, The Piano Teacher features Isabelle Huppert in the role of Erika Kohut, a repressed Viennese piano teacher torn between a domineering mother and her sadomasochistic relationship with a young pianist. This first collaboration with director Michael Haneke earned Huppert the Best Actress award at the 2001 Cannes Film Festival. 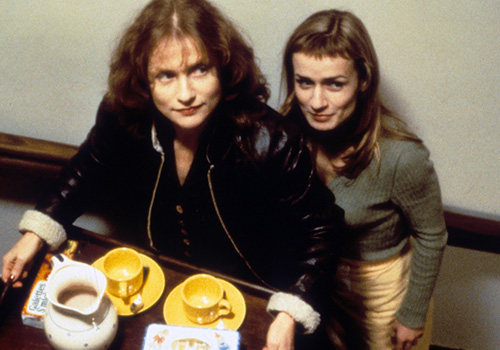 Arguably the best and certainly the most subversive of the seven films Isabelle Huppert made with New Wave director Claude Chabrol, The Ceremony is loosely based on the true story of the murderous Papin sisters, which also inspired Jean Genet’s The Maids. Journalist and TV personality Olivier Barrot will share his insights about the film during a free talk in French at 6:45pm. 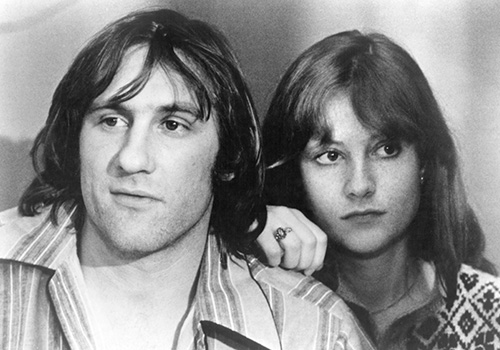 In one of her first great mature roles, Isabelle Huppert is Nelly, a bourgeois Parisian who leaves her staid husband to take up with the unemployed ex-con Loulou. This first pairing of Huppert and Gérard Depardieu ranks high in the pantheon of iconic screen couples. Directed by Maurice Pialat. 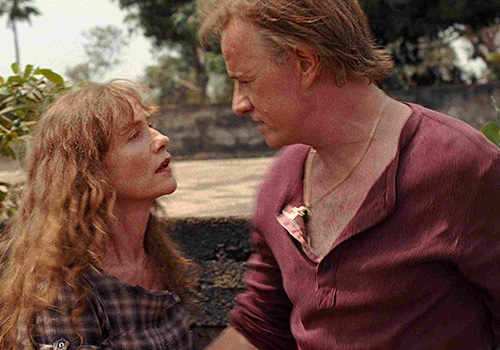 Update: Director Claire Denis regrets that she is unable to attend tonight’s Q&A.

When civil war erupts in a troubled African nation, a farm-owner fights to save her family’s failing coffee plantation, putting her life at risk as rebel troops close in. Isabelle Huppert delivers one of her most complex performances, exuding an unnatural, fiery calm amid turmoil in this film from writer-director Claire Denis. 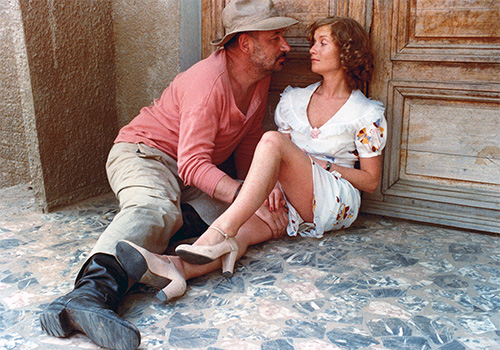 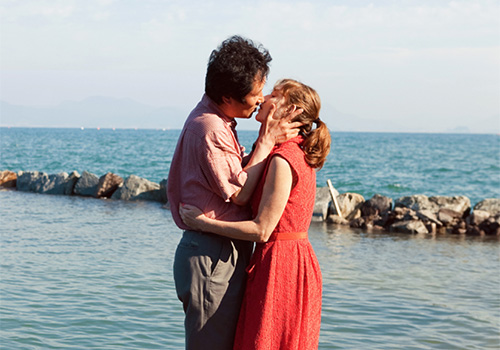 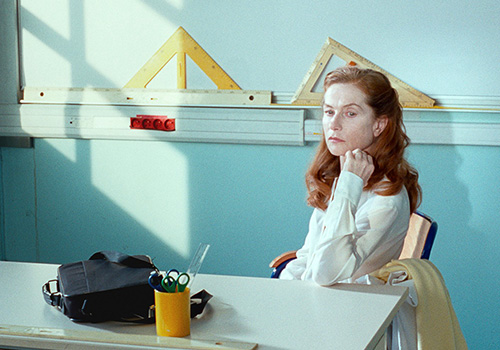 This loose adaptation of Robert Louis Stevenson’s classic The Strange Case of Dr. Jekyll and Mr. Hyde finds Isabelle Huppert playing Mme. Géquil, a meek physics teacher who undergoes a mysterious transformation after being struck by lightning at a high school in a tough Paris suburb. Directed by Serge Bozon. 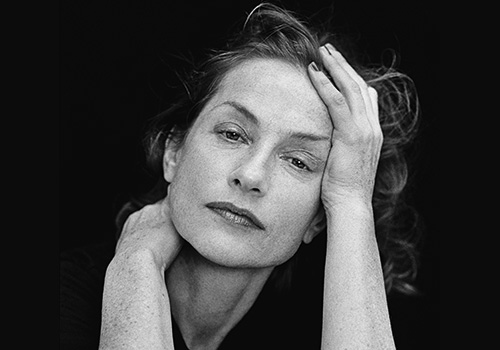 A Special Evening with Isabelle Huppert

Join us for a special evening with celebrated French screen and stage actress Isabelle Huppert. A screening of the documentary I Love Isabelle Huppert (2017) will be followed by an exclusive conversation with Ms. Huppert and journalist Adam Gopnik.