FIAF honors the great French composer Michel Legrand, who died in January this year, with a special CinéSalon series devoted to his life and work. Curated by one of his longtime collaborators and greatest interpreters, singer and actress Melissa Errico, Summer of Michel Legrand brings together seven of his films from his best known triumphs such as The Umbrellas of Cherbourg and The Young Girls of Rochefort to lesser known gems such as the enchanting fairy-tale musical Donkey Skin.

Errico, who starred in Legrand’s 2002 musical Amour, spurring a prolific and fulfilling artistic collaboration over two decades, will take part in a Q&A following the screening of The Thomas Crown Affair on July 16.

On July 30, the closing night of the series, join us after the screening of The Young Girls of Rochefort for karaoke featuring a special Legrand song-list. 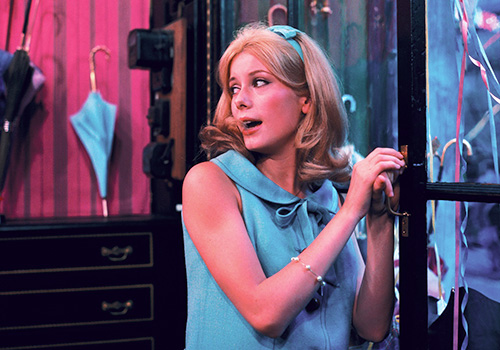 The Umbrellas of Cherbourg

Agnès Varda, eloquently captures Paris in the sixties with this real-time portrait of a singer (Corinne Marchand) set adrift in the city as she awaits test results of a biopsy.

Marking the second collaboration between Jacques Demy and Michel Legrand, this precisely wrought, emotionally penetrating romantic drama is a visually lovely but darkly realistic investigation into love and obsession.

A bored millionaire (Steve McQueen) and an insurance investigator (Faye Dunaway) play a complicated cat-and-mouse game with romantic undertones as he schemes to rob a bank. Directed by Norman Jewison.

Vivre sa vie was a turning point for Jean-Luc Godard and remains one of his most dynamic films, combining brilliant visual design with a tragic character study. 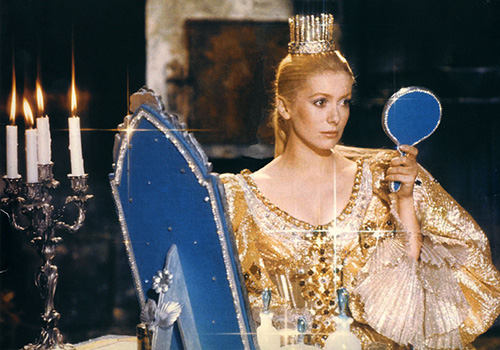 In this lovingly crafted, wildly eccentric adaptation of a classic French fairy tale, Jacques Demy joins Michel Legrand and Catherine Deneuve for a third time, following the successes of The Umbrellas of Cherbourg and Les Demoiselles de Rochefort.

The Young Girls of Rochefort